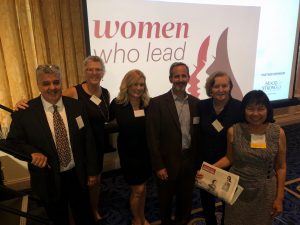 Sterling’s CEO Cora Tellez was honored at an event at the Fairmont San Francisco on October 2, 2018, and was joined by Sterling colleagues President Duarte Batista, CFO Robin Katherman, Director of Marketing Ann Basco, and Board Members Mike Kaplan and Candice Eggerss.

Companies were ranked by 2017 revenue. Sterling Administration was noted as one of the highest-ranking newcomers on the list.

Terms of Service
Our Company
Sterling Administration is a minority, woman-owned company, dedicated to providing the best service in the industry. We treat every client as our only client.